China Moves Forward Amidst Greater Uncertainties and Its Impacts to Multinational Companies (Nov 4, 2020)

China's Foreign Trade Grew By 1.9% On A Year-on-year To USD $4.97 Trillion In 2020
Jan 14, 2021
China's foreign trade grew by 1.9 percent on a yearly basis to 32.16 trillion yuan (USD $4.97 trillion) in 2020, official data from General Administration of Customs showed on Jan 14, 2020, of which exports were 17.93 trillion yuan (USD $2.77 trillion), a yearly increase of 4%; imports were 14.23 trillion yuan (USD $2.2 trillion), a yearly decrease of 0.7%, with a surplus of 3.7 trillion yuan (USD $572 billion), a growth of 27.4%.
In 2020, the imports and exports with ASEAN, the EU and the United States increased by 7% (total USD $732 billion), 5.3% (total USD $695 billion) and 8.8% (total USD $627 billion) respectively year-on-year. ASEAN became China’s largest trading partner for the first time . Meanwhile trade with economies related to the Belt and Road Initiative grew by 1 percent year-on-year to 9.37 trillion yuan (USD $1.45 trillion), the General Administration of Customs said.
Despite the impact of the COVID-19 pandemic, China has seen a notable rebound in exports in 2020, led by strong sales of pandemic control supplies and gadgets such as laptops and home appliances, according to Li Kuiwen, the administration's spokesman. As the country strives for production resumption amid containment of the pandemic, it has managed to restore export orders while stimulating domestic demand, which led to a rebound in imports, Li said.
China Moves Forward Amidst Greater Uncertainties and Its Impacts to Multinational Companies
- Analysis on The Fifth Plenary Session of the 19th Central Committee of CPC and 14th Five-Year Plan
Nov 4, 2020
On October 29, the 19th Central Committee of the Communist Party of China (CPC) concluded its fifth plenary session, one of the most important political events in China. As a result, proposals for the 14th National Five-Year Plan (2021-2025) were issued, and the Long-term Social and Economic Development Objectives through 2035 were adopted. The session has confirmed China’s continuing economic transformation and high-quality development with emphasis on technological self-sufficiency, social and economic security (including food security), and the ‘dual-circulation’ (domestic and global) development pattern, and to deepen its existing policies such as innovation, reform and opening up, and green development.

In the next five years and onwards, China will use the dual-circulation economic model that includes “internal circulation” to drive domestic economic recovery and growth, and leveraging “external circulation” to balance continued opening-up. In essence, unlike other fully developed economies, China’s confidence and market potential is based on its ability to effectively balance and leverage resources to find adaptive, real-time solutions across industries and regions while fostering technological self-sufficiency to address the long-existing choke-points of inadequate and imbalanced economic development and reliance on foreign technology.

For key drivers of economic growth in the domestic market, China will continue to implement innovation strategies to not only develop domestic consumption to sustain demand, but also provide adequate support to ensure the healthy supply, in particular manufacturing. That said, China will continue to upgrade its industrial supply chain, and support the growth of strategic emerging industries, services, as well as the finance and digital sectors in parallel. The goal is to increase the competitiveness and resilience of the broader economy in the long run.

In terms of international markets, China may reduce its dependency on foreign trade and technology in certain sectors. At the same time, the leadership has committed to a higher level of opening up to allow China to proactively deal with rising uncertainties and instability.  China will continue to advocate for fairness and mutuality in international cooperation. Despite bilateral tensions with trade partners, especially with the US, Chinese leadership underlined that unilateralism or decoupling would do more harm than good. China vowed to further level the play field to support sustainable trade partnerships.

In the meantime, Chinese leaders are also fully aware that social development and well-being are the foundations of sustainable economic development. China views its priorities such as income growth, employment, education, and public health as equally essential as the country moves forward after the Covid19 pandemic. On a related note, China is also set to escalate its efforts in food security, energy security, and cyber security, by innovating new governing structure and policy frameworks.

Dialogue with Former US Ambassador to China Max Baucus on US-China Bilateral Relationship
Oct 23, 2020
The 2020 US Presidential Election could have far-reaching implications for the US-China bilateral relationship. Amcham-China President Alan Beebe sat down with former US Ambassador to China Max Baucus to get his thoughts on the Election, the future of the relationship and diplomacy.
Here are some key messages: Click here for full article.
China’s 2021 Development Trend
Aug 18, 2020
The 2020 National People's Congress has made a relatively clear explanation of the overall goals, development strategies and a series of action plans for China's economic and social construction from 2020 to 2021. With the implementation of these overall strategies and various actions, we expect the following trends in China in the near future:
UNCHANGED   China's adherence to the basic economic system, market-oriented reforms, and opening-up demonstrate the continuity, consistency and stability of China's policies. China's huge domestic market provides a vast material space for China's economic recovery.
CHANGES 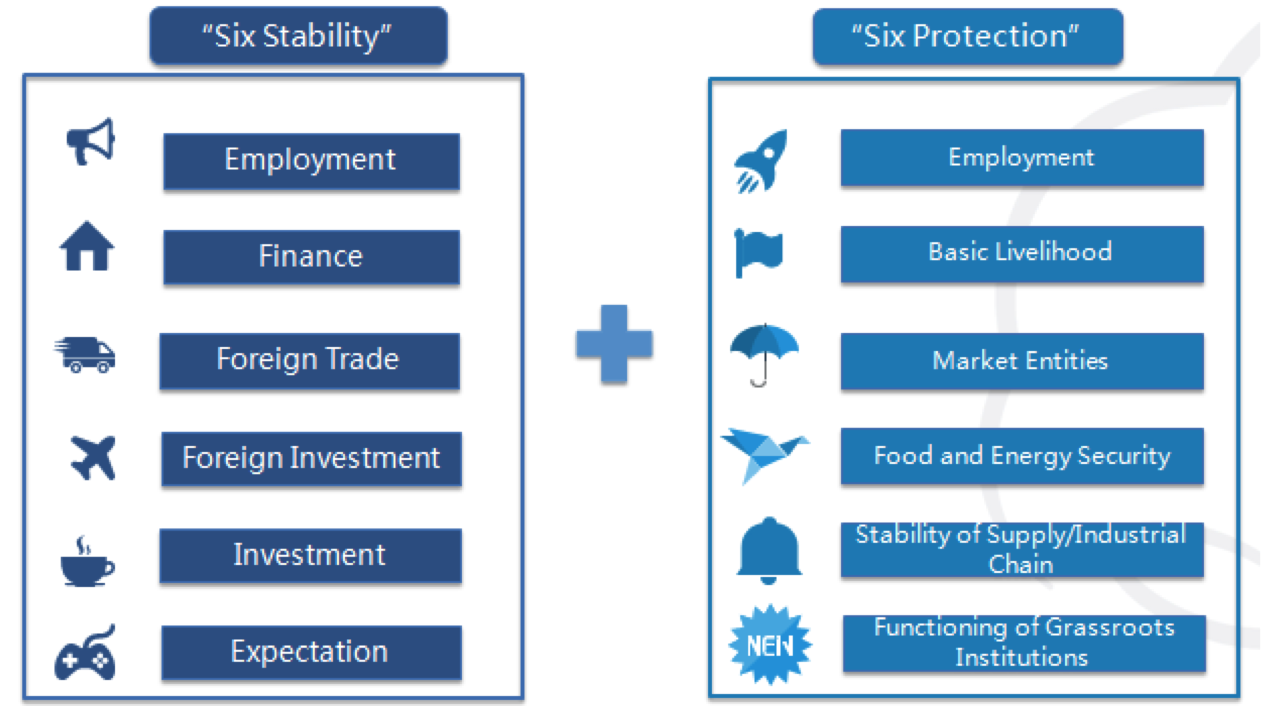 China Transitions from Crisis to Opportunity in Great Uncertainty - Key messages from China’s 2020 Two Sessions
June 1, 2020
Nicknamed the “Two Sessions (两会),” the annual meeting of China’s top lawmakers and political advisers began on May 21, after two-month delay due to the Covid-19 pandemic.  Regarded as one of the biggest events on the Chinese political calendar, the convening of the Two Sessions is not only a powerful proof that China’s battle against covid-19 pandemic has achieved major strategic results, but also a significant sign that China's society has gradually returned to normal and the economy is gradually recovering. Notably, the NPC has NOT set a specific GDP growth target in 2020, and the nation's main focus shifts from "growth" to "Stability" and "Security". Main Action Plans include: revitalize economy, expand domestic consumption, reform of the medical system and emergency system, environmental protection, and optimize the operating environment for foreign investment.
Click Here for Analysis in details.